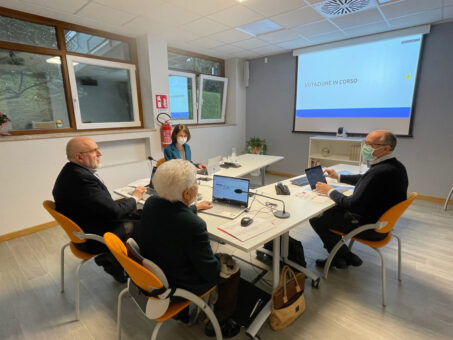 It has begun! The Focolare Movement General Assembly started at 12.30 (UTC +1). It has been long awaited for, and Focolare members and adherents from all over the world have participated in its preparation. It was scheduled to start at the beginning of September 2020, but had to be postponed because of the pandemic . It is now being held electronically.

The choice of this date is very significant. Two days ago, on January 22, when it was Chiara Lubich’s birthday, the Movement marked the end of the birth centenary year of its founder.Today, January 24, it recalls the day when in 1944, Chiara ‘discovered’ the reality of Jesus Forsaken who became the ‘spouse of her soul’ and moved her to ‘seek him’ in all the suffering and pain of humanity and to rebuild relationships and bridges of unity.

According to what is defined by its rules, the Assembly is “the first and most important governing body of the Focolare Movement”. 360 members are taking part in it; 139 are there by right, 181 have been elected and 40 have been invited by the President.

Although these participants are in different places all over the world, they all entered the one big virtual hall, aware of the solemnity and importance of this moment. They are all contributing to build the worldwide lively family atmosphere , which is also present on the virtual platform.

Maria Voce, the outgoing president, who is at the end of her second term, opened the Assembly with a solemn appeal. She invited the participants to put themselves in the attitude of Jesus at the Last Supper and wash one another’s feet. She said that this means being ready “to listen to one another, to understand one another, to go beyond differences, to become truly brothers, which means truly equal, truly with the highest dignity, which is the dignity that Jesus gives us because he makes us all children of God and brothers and sisters”.

Rules being followed, today’s meeting included several voting sessions. In the first election, the two moderators who will coordinate and lead the work were chosen. They are Uschi Schmitt, a German doctor and Andrea Ponta, an Italian engineer. Then there was the approval of the electoral commission ; its members are Danilo Virdis, Flavia Cerino, Waldery Hilgeman, Laura Bozzi and Sister Tiziana Merletti, all residing in Italy. For legal reasons they are all present at the official seat of the Assembly, the International Focolare Centre in Rocca di Papa (Italy).

In subsequent voting sessions, the Assembly approved the programme for these days and an amendment to the Movement’s General Statutes reducing the minimum number of councillors to be elected from 30 to 20.

The three days of spiritual retreat for participants will begin tomorrow.

Elected on 31 January, she is the third President to lead the Movement after the founder, Chiara Lubich, and after Maria Voce who has just completed two terms. […]

The second day of the General Assembly of the Focolare began with an ecumenical prayer. […]

Margaret Karram: the new President of the Focolare Movement

The new president of the Focolare Movement for the next six years is Margaret Karram, born 1962 in Haifa (Holy Land). […]