New City is the magazine of the Focolare Movement in Great Britain, published monthly, except in August and September when only one issue is published (11 issues a year) 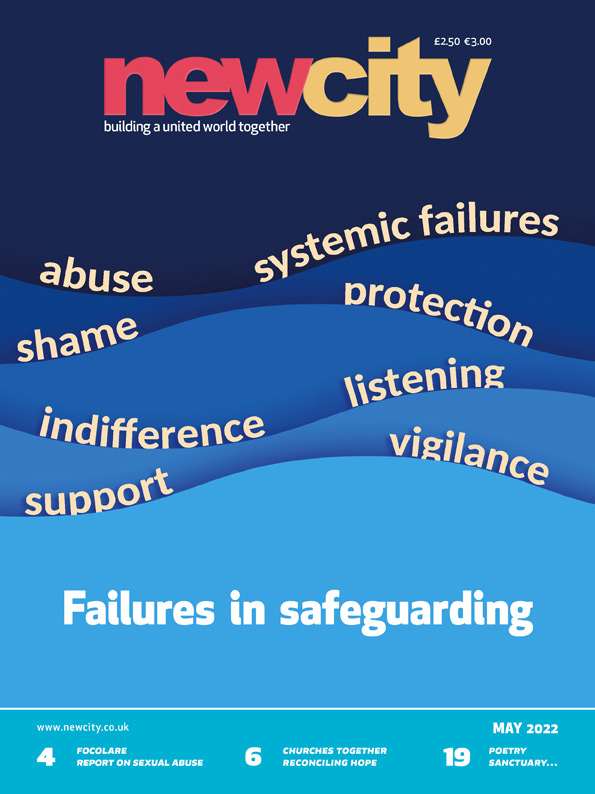 Over the last seven decades Focolare has grown from a small community of around five hundred in Trent, northern Italy, to a world-wide community of several hundred thousand people of all ages and backgrounds. It has also spread beyond the confines of the Roman Catholic Church, to many other Christian traditions, to other faiths and people of good will.

New City works to promote mutual understanding and respect through dialogue. Together with our readers we want to discover how to ‘build bridges’ in the different sectors of society and in personal life. We are convinced that dialogue, based on mutual love, is the only way to build a more united world which is based on universal values such as justice, equality, truth and peace.

For more information and to subscribe to the publication, visit: New City Magazine