Seventy years ago it was Chiara Lubich herself who defined as “Paradise ‘49” the mystical experience through which God conveyed to her and, through her, to the Movement during its early times, the full understanding of the charism of unity and of the Work that would be born of it. This experience has been studied for years by the “Abba School”, the cultural centre of the Focolare which is currently engaged in a study seminar on “Paradise ’49” together with other scholars. Jesús Moràn, co-President of the Focolare Movement, is also taking part and we asked him to explain its relevance and vision. 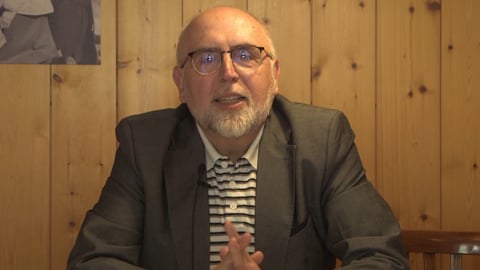 “What we in the Focolare Movement, and I think others too, know as ‘Paradise ’49’ is a mystical experience that was in some way unprecedented and unique, because God never repeats himself. It was new and unique in both form and content.

It all started with a pact of unity between Chiara Lubich and Igino Giordani: a woman and a man; a girl to whom a charism had been given by God and a politician actively engaged in society; a virgin and a married man. That already says much. Furthermore, the context preceding the event must be kept in mind and is very important. The background to this experience was a very deep life of the Word – the human logos united to the divine logos; Jesus crucified and forsaken who unites heaven and earth and therefore fills every void; Eucharistic communion as a symbol of universal fraternity, of universal communion and fellowship.

Those who study this experience tell us that everything started there; everything arose out of that context. It is understandable that, if that is how things were, what came of it was a wide-ranging ecclesial and social movement, with a methodology based on a 360° dialogue: dialogue within the Catholic Church, ecumenical dialogue, interreligious dialogue and dialogue with culture. It is a movement that, in turn, was able to initiate important social movements such as the Economy of Communion and the Movement for Politics and Policies for Unity and also important cultural realities such as the Città Nuova publishing house or the Sophia University Institute.

What we are celebrating today is this particular event that occurred in a marvellous context where nature blends with culture, where the divine shines out in what is human and the human shines out in the divine and in social relationships. Certainly, in a world like this, which is so fragmented and marked by extreme polarization, I believe this experience is extremely relevant and can make a significant contribution to humanity’s journey today.”