The President of the Italian Republic Sergio Mattarella paid a private visit yesterday morning, 2 May, to the International Center of the Focolare Movement in Rocca di Papa (Rome). 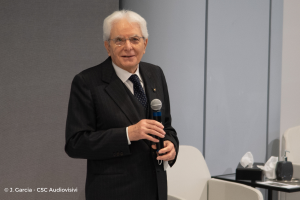 “I am delighted to be here; thank you for your warm welcome. The Focolare Movement’s contribution to our country, quite apart from the ecclesial dimension, is an advocacy to solidarity, to come together.”

“The concept of ‘focolare’ [hearth], of forming a family – continued the President in his greeting to those present – is a constant and comprehensive call to build community, to realize that each of us needs the others and that only by working together can positive and acceptable progress be achieved. This contribution is particularly important for our country.” 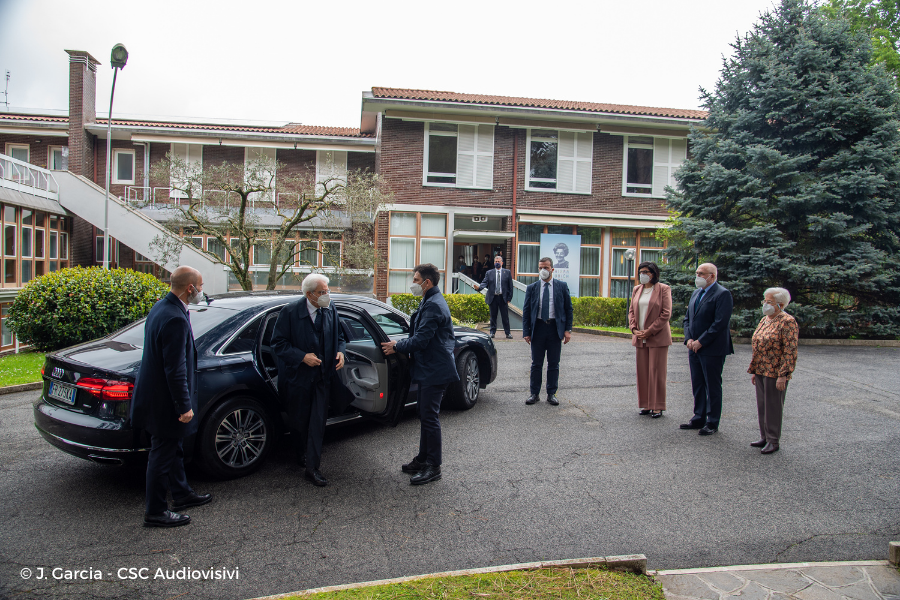 President Mattarella was also welcomed by Focolare Co-President Jesús Morán, by Maria Voce, former President and the General Council representing the Focolare all over the world.

The President wished, during his visit, to pay homage to the memory of Chiara Lubich and Igino Giordani, who are buried in the chapel at the Centre.

It is a happy coincidence that this visit to the tomb of the Hon. Giordani – who was a member of the Constituent Assembly of Italy and father of the Republic – occurred today, 2nd May 2021, 25 years after the birth of the Politics for Unity Movement. This Movement was founded by Chiara Lubich “so that – in the words of Focolare founder – fraternity should become a political category”. Pope Francis too, at today’s Angelus prayer, recalled this anniversary, wishing all the members of the Politics for Unity Movement “good work in the service of good politics”. 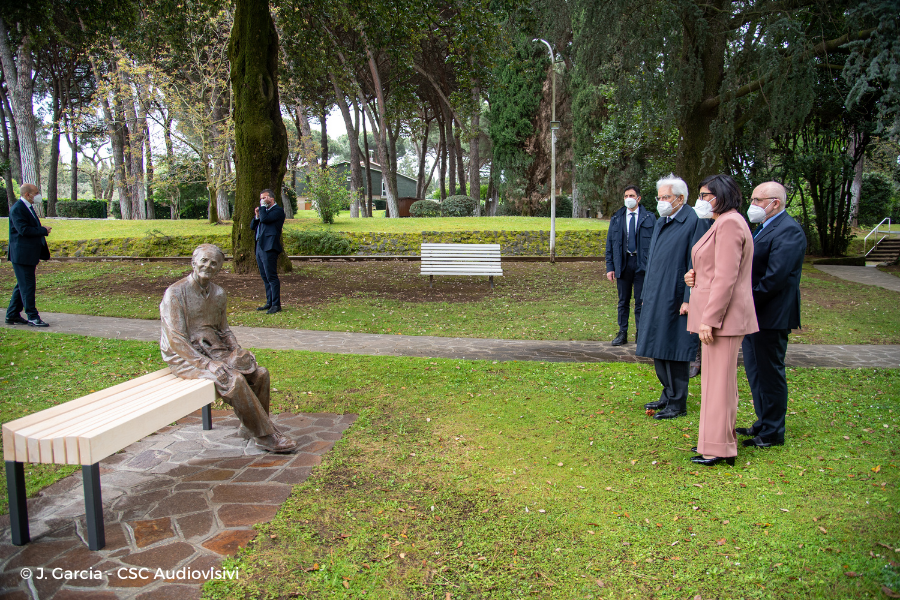 Upon his arrival, President Mattarella went to see the bronze sculpture of the Hon. Igino Giordani, a work by the artist Peter Kostner, which was installed on 18th April, on the occasion of the 41st anniversary of Giordani’s death.

In her greeting, Margaret Karram assured the President that the Focolare will continue to intensify its solidarity initiatives, “extending them to the multitude of people whose lives are deeply affected by the health crisis. The world – she continued – is in desperate need of greater sharing, especially in times like these, and the Focolare’s ideal of the unity can and should make its contribution.”

Then, recalling Chiara Lubich’s appeal to all those who adhere to the spirituality of unity to “be a family”, Margaret Karram concluded by affirming the wish to “follow through with the program that, at the last General Assembly of the Focolare Movement, we gave ourselves for these times, namely: “to embrace the world, listening to the cry of humanity, of creation and of the new generations.” 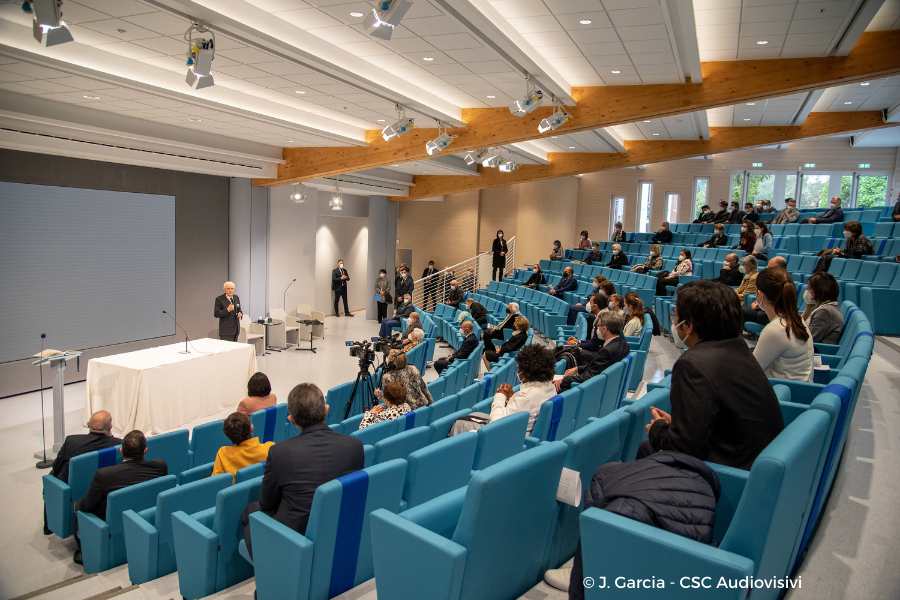 “The pandemic continues to claim lives and peace is hardly able to establish itself in international relations,” said Jesús Morán, Co-President of the Focolare, in his homily at Mass. “More intense and fervent prayer is needed, but for this to happen Christians need to decide to remain in Christ, in his love, living the commandment of mutual love.”

In his final greeting, President Mattarella said: “Earlier I was kindly shown the chapel with the splendid mosaic behind the altar and the tombs of Chiara Lubich, of Igino Giordani whom I was lucky enough to meet when I was young, and of Father Foresi: all extraordinary figures.”

The President has also described Igino Giordani, in the preface to the recently published biography “Igino Giordani an unarmed hero” (by Alberto Lo Presti, Città Nuova Ed.) as “an inspiriting witness of Christian life.”