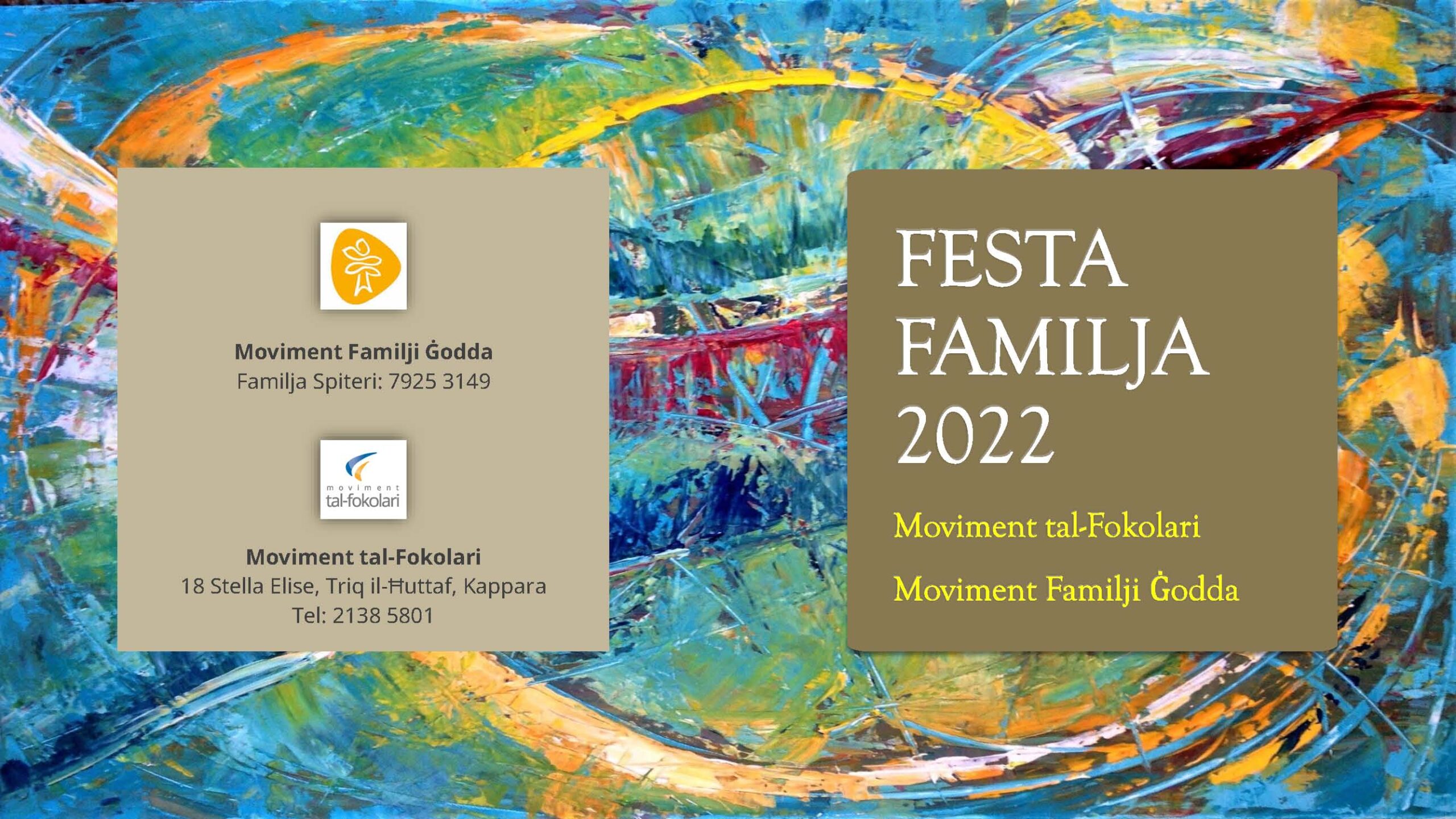 The 10th World Meeting of Families, announced in June 2021, had the aim of bringing to conclusion the year dedicated to the Apostolic Exhortation Amoris Laetitia, and it was expected to be conducted in a different way than usual. In convening the meeting, Pope Francis showed the desire that “everyone take part, even those who wouldn’t be able to travel to Rome”, and so Diocesan communities around the world were encouraged to plan initiatives based on the theme he had chosen for the meeting: “Family Love: a Vocation and a Path to Holiness”. 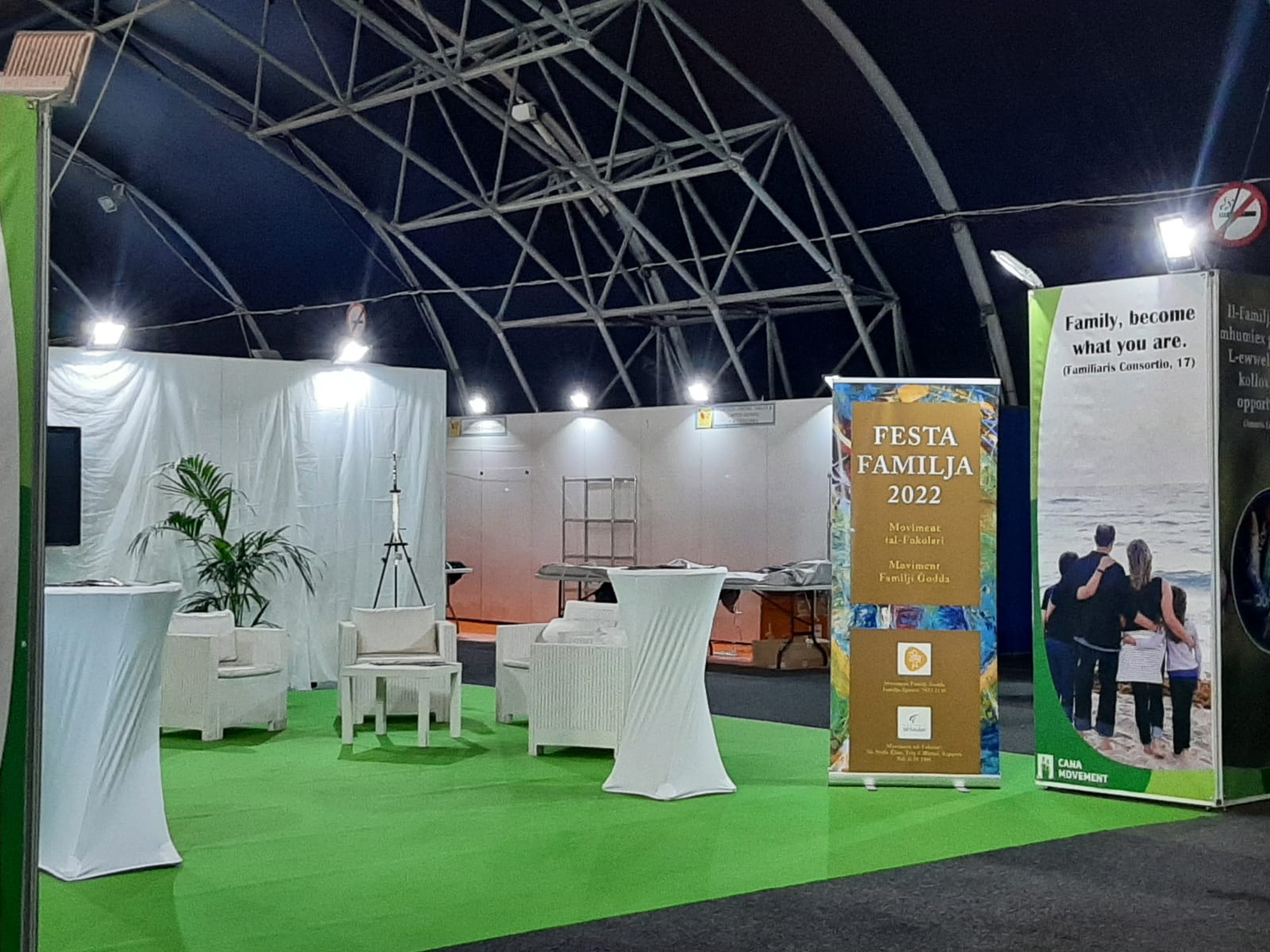 Although the city of Rome was the centre of this major event, which took place from 22 to 26 June 2022, every diocese was encouraged to organise and promote the meeting locally. The Archdiocese of Malta entrusted the event to the Cana Movement, which in turn invited other family associations and lay movements in the Church to jointly collaborate. The idea was born that a stand dedicated to the family would be set up at the Trade Fair since it coincided with the dates of the World Meeting. The Focolare’s New Families Movement was invited to take part and our members responded with commitment and enthusiasm.

Ruth and Brian Spiteri, speaking on behalf of the New Families Movement, commented: “It was truly a wonderful experience! We worked closely with the Cana Movement and this gave us the opportunity to mutually strengthen our bonds. Our enthusiasm grew as we were able experience first-hand that the reality of a family existed between us too. We all pitched in, both in the preparation of the stand and during the Fair itself. We even managed to have on display a video clip about the family produced for the occasion with the professional help of one of us. Of course, the difficulties weren’t lacking, but our combined love and sincere commitment helped us to overcome them.” 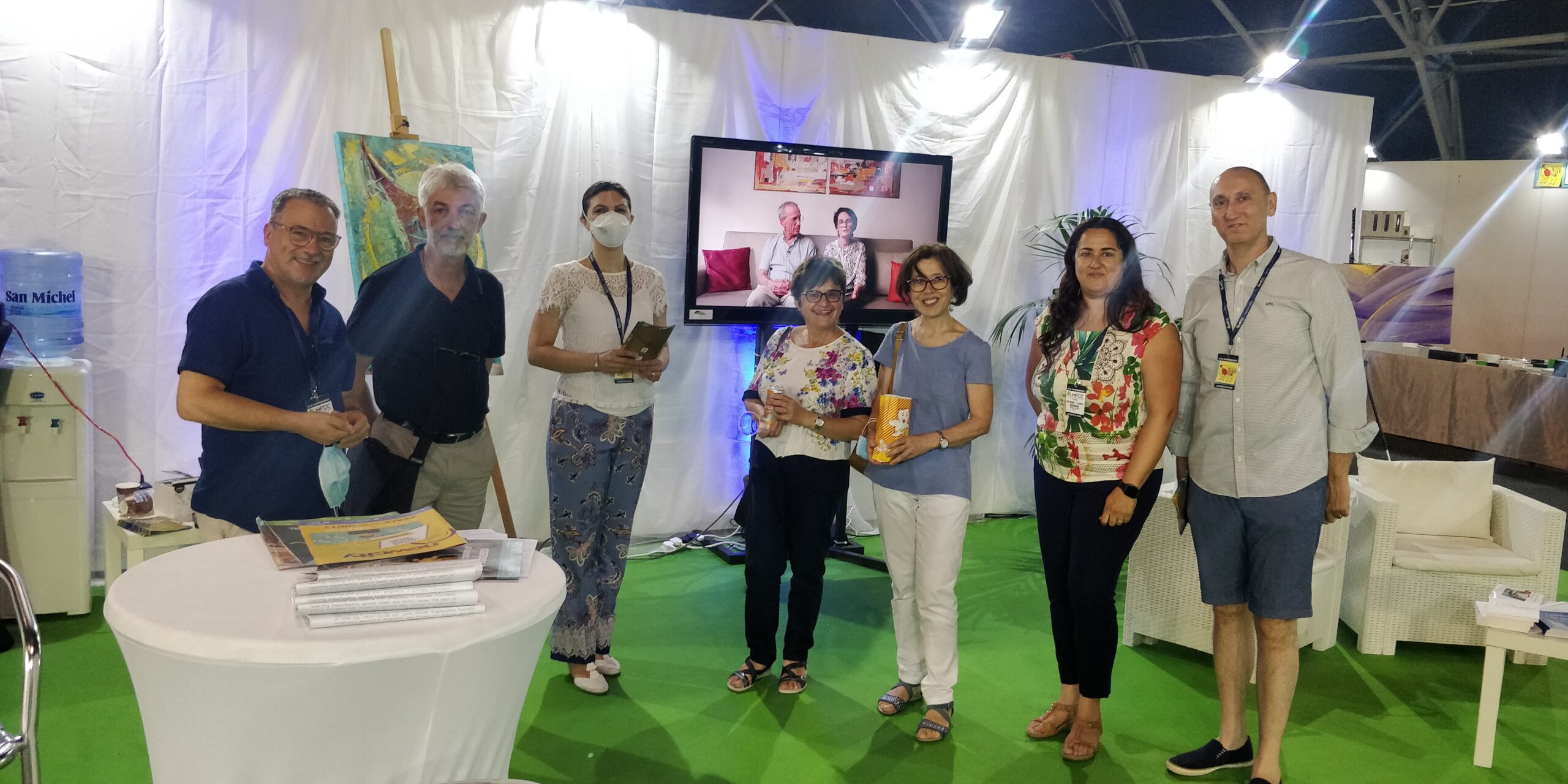 Ruth & Brian added: “As we welcomed those who visited our stand at the Trade Fair on Friday, 24 June, we experienced the joy of being part of a Lay Movement which goes out to meet everyone. There were times when we could only greet or give a smile; other times when all we could do was listen and give a word of courage. We also had the chance to speak about the “dice of love”. But above all in our hearts there was the desire to give witness to that love of God which the world of families is so much in need of.”

During the meeting held in the Vatican’s Pope Paul VI Hall, several families shared their experience, and in his address the Pope said to them: “Each of your families has a mission to carry out in our world, a testimony to give”, and he invited them to: “Let yourselves be changed by him, so that you too can change the world and make it “home” for all those who need to feel welcomed and accepted, for all those who need to encounter Christ and to know that they are loved.”

On Saturday, 25 June, in the evening, families from all over the world gathered in St Peter’s Square for the Mass. Although it was Cardinal Farrell, the Prefect of the Dicastery for the Laity, Family and Life, who presided over this Eucharistic celebration, it was Pope Francis himself who gave the homily. The Pope’s words inspired enthusiasm and showed how the family can spread the Good News through its witness of love and through giving strength and perseverance in difficult times.

The next upcoming events for families were also announced: The “Jubilee of Families” in 2025 in Rome, and the 11th World Meeting of Families in 2028.