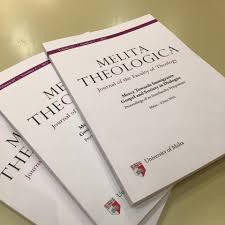 The Faculty of Theology and the Theological Students’ Association has just published the latest edition of Melita Theologica which is dedicated, in the words of Hector Scerri, the Co-Editor of this Issue, to “Two Magnetic Personalities Bridging the Twentieth and the Twenty First Centuries”, namely John Paul II and Chiara Lubich. The latest edition of this peer reviewed journal, which has been published continuously since 1947, brings together 7 original articles from established local and international universities.

The first article, written by Paul Sciberras, a senior lecturer in Biblical Studies at the University of Malta, deals with the interpretation of “In Our Image, Our Likeness” in John Paul II and Chiara Lubich. Judith Povilus, Emeritus Professor of Logic and Foundations of Mathematics, writes about the “Prophetic Insight of Chiara Lubich”, while Brendan Leahy, Bishop of Limerick and formerly Professor of Systematic Theology at Maynooth, writes about how these two authors highlighted the Church’s Marian Profile.

The Ecumenical Legacy of John Paul II is addressed by Annemarie C. Mayer, Professor of the Study of Theology, Religion and Contemporary Culture at Leuven, while Piero Coda, professor of Trinitarian Ontology and member of the International Theological Commission as well as the International Commission for Theological Dialogue between the Catholic Church and the Orthodox Church, pens his thoughts on the converging thoughts of these two authors on the dynamic principles of ecumenism after Vatican II.

A quarter of a century has passed since John Paul II’s Ut unum sint, and Jorge Alejandro Scampini, Professor of Dogmatic Theology in Buenos Aires, gives us his reflections on the ecumenical movement after the publication of this landmark encyclical. Finally, Joseph Ellul, who lectures in Ecumenism and Islamic Studies both in Malta and at the Angelicum in Rome, gives an insightful overview of John Paul II and Christian-Muslim relations.