The children belonging to the Focolare Movement were the protagonists of this Global Kids Meeting, entitled ‘Bring Love into the world and peace will come’, streamed live via Internet on 4 June. It was a day of joy and celebration during which these young ones renewed their commitment to create a better world. 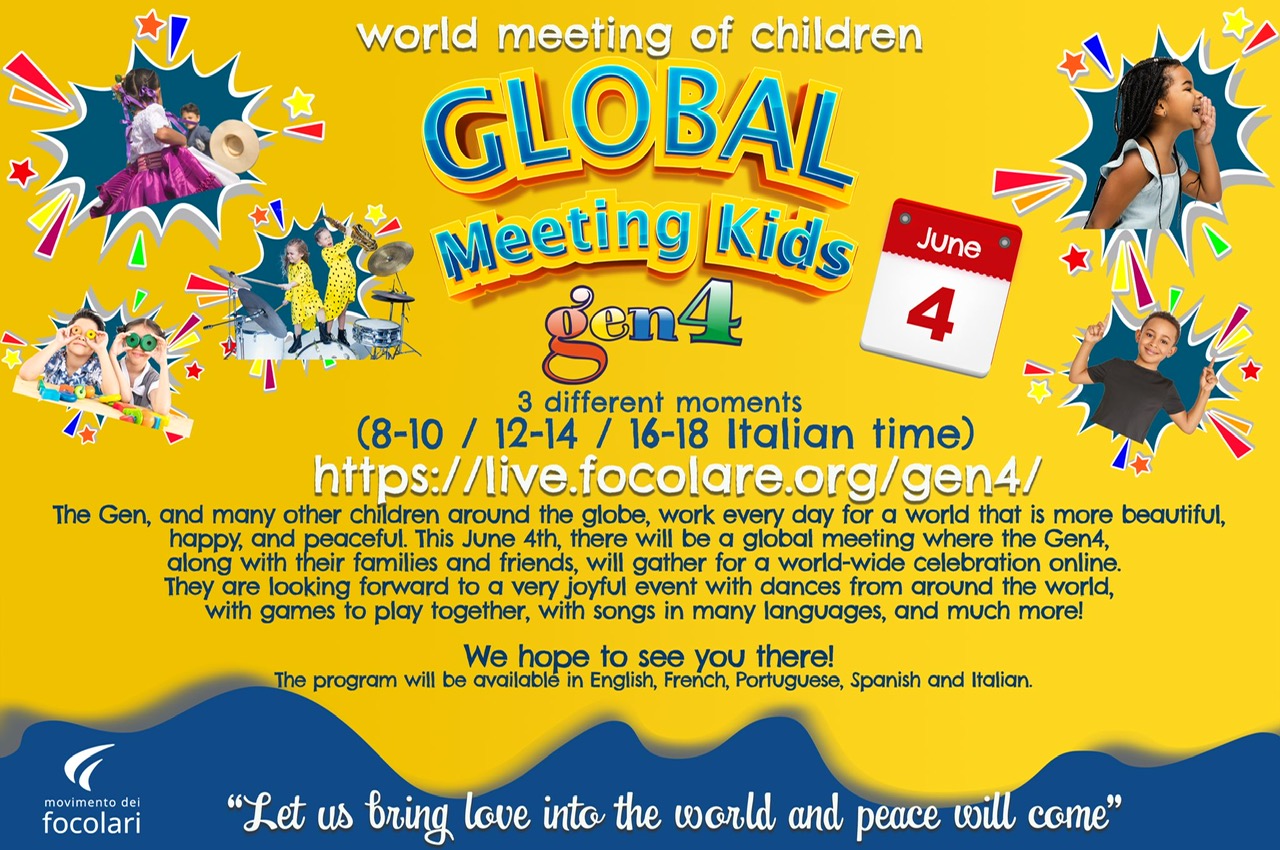 On 4th June 2022, the Gen 4 branch of the Focolare Movement organised a Global Meeting for Kids.
The meeting was held online. This gave the opportunity for children from all over the world to participate. Their families and friends were also invited.

The program was full of fun for all those who participated. Gen 4 boys and girls from different parts of the world shared their experience about living the “art of loving” and the practice of the Cube of Love. 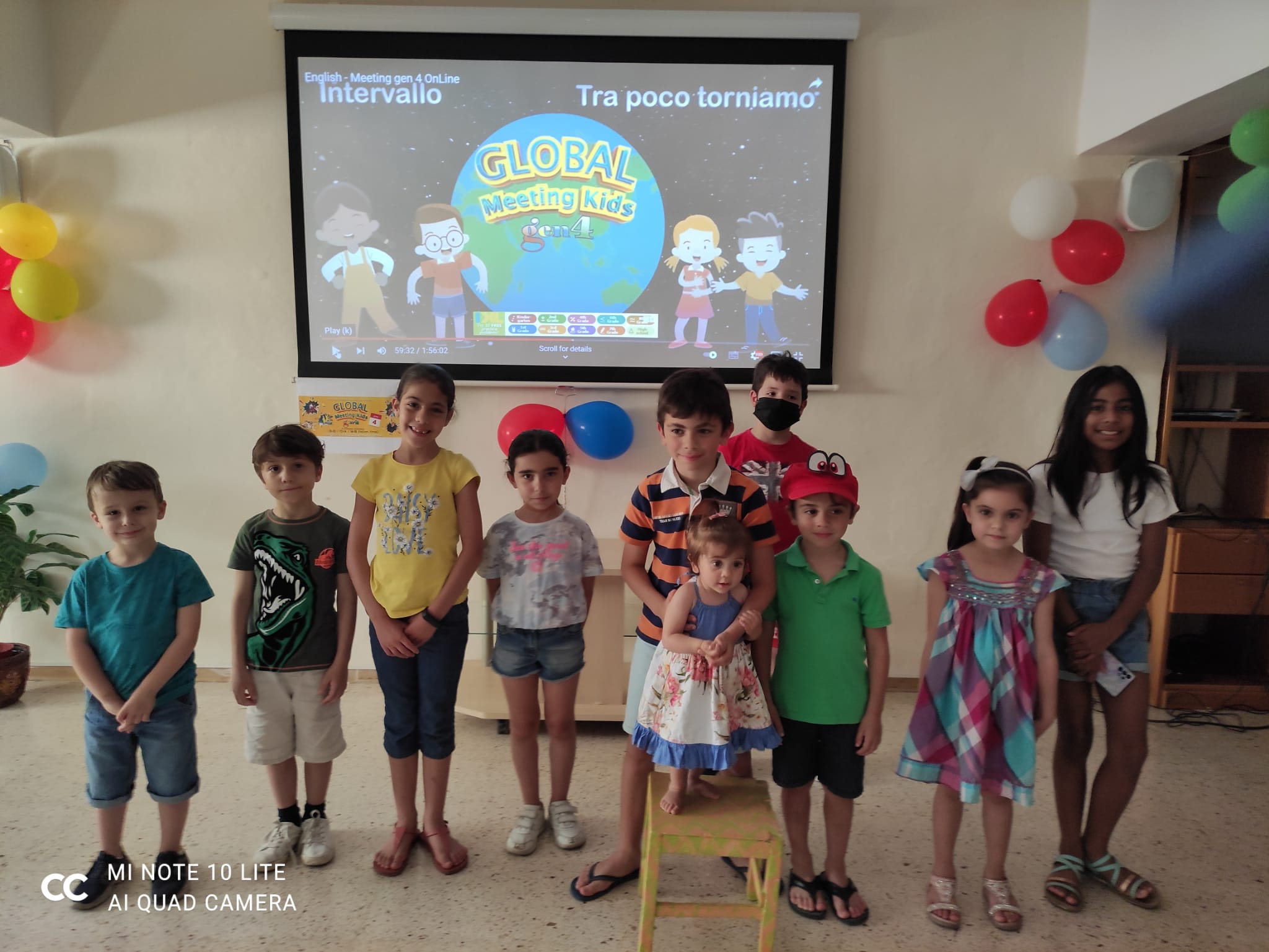 The joy of the children in Malta who could participate in this online event was visible on their radiant faces as they joined in the various activities being shown on screen, like dancing and singing. Various experiences about helping the poor, the promotion of peace and looking after the environment were also shared.

Amaryllis from Pakistan shared her experience of helping a poor man she used to see near her house. She sold some of her things in order to buy him a blanket for the winter.

Jonas from Patagonia reminded everyone how important it is to look after the environment. One day he and his family went to the beach to pick up all the plastic rubbish. Now they are using the plastic trays discarded by fishermen to make little garden beds at home.

Other experiences were about promoting peace. For example, after seeing children who were suffering because of the war on TV, a group of Gen4 went to deliver an appeal for peace to the Summit of the European Union.

“I like the Gen 4 because we do beautiful activities for Jesus,” commented a participant from Spain.

When asked about the aim of this global meeting, Cecilia Gatti, one of the main organisers of the event, said: “The aim was precisely to “give children a voice“, and above all to increase awareness about the immense potential that these children have, and also to respect them as people.”

When putting together something like this, we became aware of the challenges faced by these children: poverty, marginalisation; some of them don’t even have a family. So these shared experiences, both on the local and international level, were a source of  strength and hope to them in overcoming their difficulties and above all never to feel alone.”

During the linkup there was also an interview with Margaret Karram, President of the Focolare Movement. And a big surprise awaited the Global Kids Meeting! Margaret announced that the Holy Father, Pope Francis, sent a letter specifically for this event. Signed by Cardinal Pietro Parolin (Secretary of State), this is what it said:

“On the occasion of the event ‘Bring Love into the world and peace will come’, organised by the Gen 4 children and adolescents, Pope Francis is pleased to send his greetings to the participants. He expresses his sincere appreciation for this beautiful initiative and prays that it bring about in all a renewed commitment to place Jesus and his Gospel at the centre of one’s life so as to be credible witnesses of joy and fraternity. With these good wishes the Holy Father assures you that he will remember you in prayer and sends his heartfelt blessing.”

The Gen 4 are children aged 4 to 9 years who form part of the Focolare Movement. They live the spirituality of unity with the other members of the Movement, trying to do whatever they can every day to create unity among the people around them. They consider this to be their contribution to promoting peace among all and working for a more united world. In fact, their goal is that the whole world might live together as one family.

More information can be found on their website: gen4.focolare.org/en/