The 5th Halki Summit jointly organized by the Patriarchate of Constantinople and the Sophia University Institute began on 8th June, 2022, in Turkey.

We had a dream… 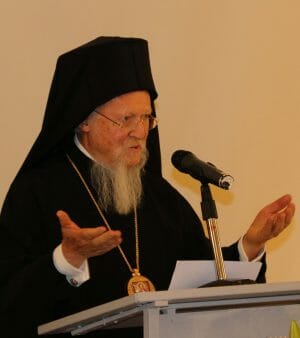 Yes, it was January 2019 and a delegation from the Sophia University Institute (IUS) visited the Ecumenical Patriarch Bartholomew in the Phanar, the historic Greek quarter of present-day Istanbul (Turkey). We were also welcomed very warmly by Metropolitan Elpidophoros of Bursa, then Abbot of the Monastery of the Holy Trinity on the island of Halki and Professor of the Theological School of the University of Thessaloniki (he became Archbishop of America the following May). We experienced a deep communion with him which gave rise to the desire to organize together a Summer School in Halki with Catholic and Orthodox students and teachers, on the theme of ecology, so dear to both the sister Churches of Rome and Constantinople. The pandemic delayed it but today that dream has come true. 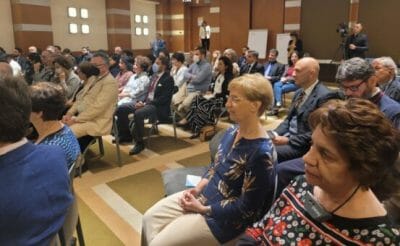 It is 6.30 pm on Wednesday, 8th June, 2022 and we are once again in the “queen of cities”, as the beautiful city of Constantinople was called, with good reason. Patriarch Bartholomew gave a passionate and informative greeting to participants, students and teachers from all continents and with very varied interdisciplinary and ecumenical experiences. The audience included Msgr. Marek Solczynski, the new Apostolic Nuncio to Turkey, Msgr. Vincenzo Zani, Secretary of the Congregation for Catholic Education, Archbishop Elpidophoros and Margaret Karram, President of the Focolare Movement and Vice-Chancellor of the IUS. “Everything is in a relationship of love” said Margaret Karram, recalling the destiny of unity embedded in the universe, that today more than ever, man and woman are called to promote with bold, prophetic action and thought. 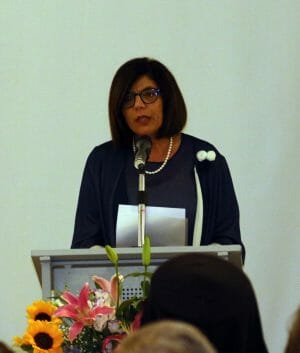 The title of the fifth Halki Summit organized jointly by the Patriarchate of Constantinople and the IUS, which began on Wednesday, 8th June, is a clear indication of this: “Sustaining the future of the planet together”. It is no coincidence that Patriarch Bartholomew emphasized two words from this title: “future” and “together”. The first refers to the strong intergenerational bond inherent in respect for the environment in which we live; the second to the mandatory interdisciplinary approach to be taken in the face of the vastness and complexity of ecological problems. He said, “It becomes evident that only a cooperative and collective response by religious leaders, scientists, political authorities, educational institutions and financial organizations will be able to effectively address these imperative issues of our time”.

At the end of his speech, he referred to two concepts very dear to Orthodox theology and spirituality: “Eucharist” (in the sense of “thanksgiving” for the gift of creation) and “asceticism” (understood as “self-control” of consumerist passions). However, the Patriarch invited us to consider these concepts not simply in a liturgical or monastic sense, but as different ways of speaking about communion. “And this is where the vision of our brother Pope Francis,” he admitted with emotion, “coincides with the vision of the world that we have proposed and promulgated for over thirty years. We are both convinced that what we do to our world, ‘we do to the least of our brothers and sisters’ (Mt.25:40), just as what we do to others we do to God himself (cf. Mt.25:45). It is no coincidence that immediately after publishing the encyclical on the environment Laudato Sì, the next encyclical of Pope Francis was Fratelli Tutti”. 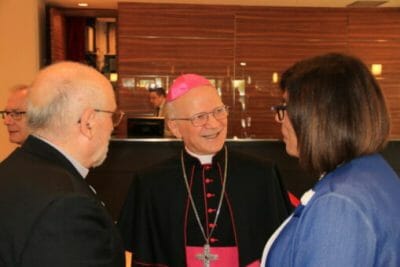 There are many joint statements by the Pope and the Patriarch, together with the Archbishop of Canterbury, on the urgency of environmental sustainability, on social impact and on the importance of global cooperation. This is also what Pope Francis writes in Laudato Sì: “When we fail to acknowledge as part of reality the worth of a poor person, a human embryo, a person with disabilities … it becomes difficult to hear the cry of nature itself, everything is connected. (no. 117) The Patriarch clarifies the same concept, putting it in context: “Connections between us and the entire creation of God, between our faith and our action, between our theology and our spirituality, between what we say and what we do; between science and religion, between our convictions and every discipline; between our sacramental communion and our social conscience; between our generation and future generations, between our two churches, but also with other churches and other communities of faith”.

Yes, everything is connected by a bond that only mutual love between people can make visible to every man and woman on this wonderful planet earth.